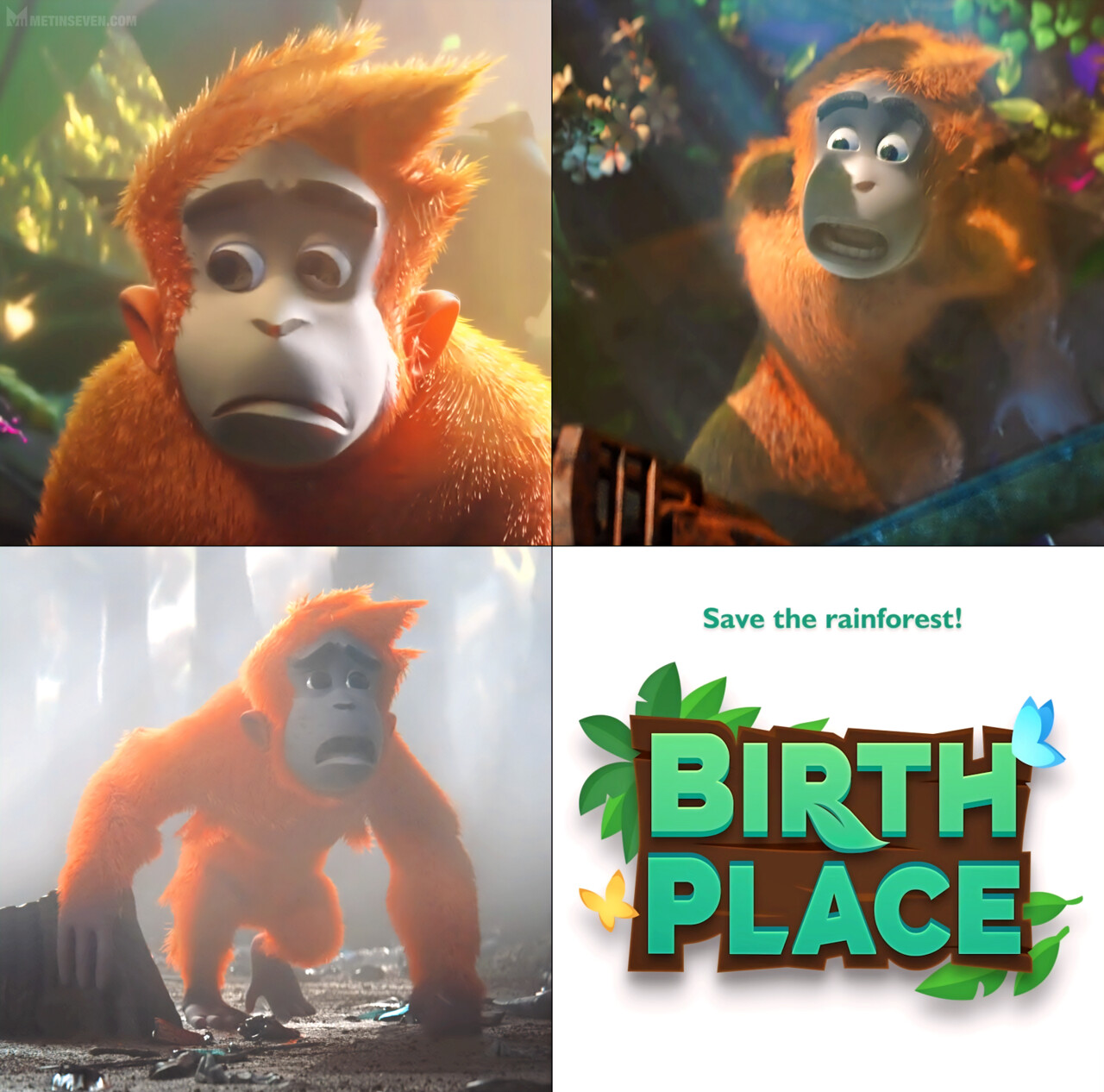 🐺 Wolf howling at the full moon 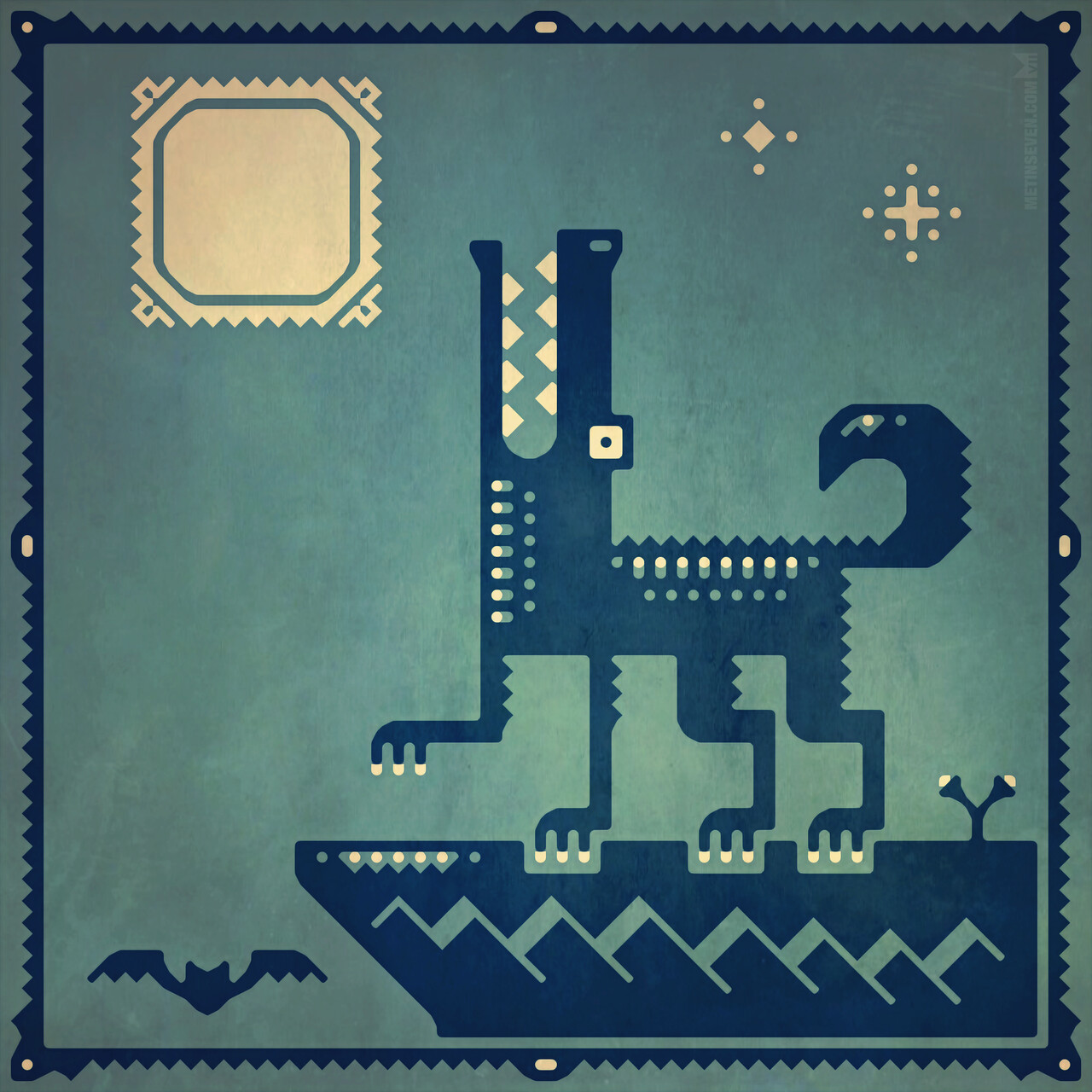 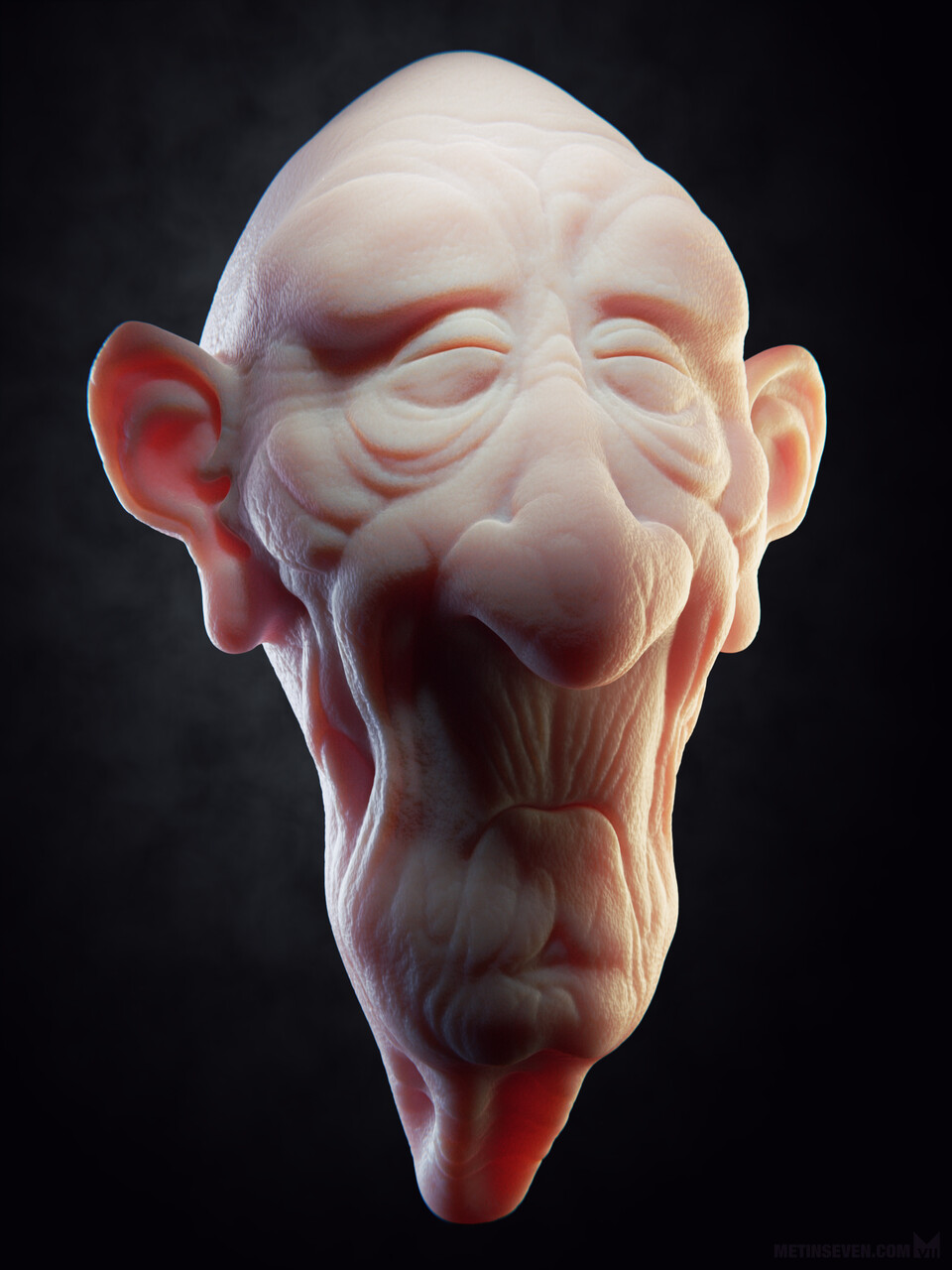 Concept by the talented Kevin Keele. 👌

A history of creating voxel artwork

Back in the 2000s I was illustrating a lot for magazines and news media, both printed and online. One of the pleasant aspects of that work was that the magazine art directors usually sent me an article draft and left the illustration concept and style choice up to me. This gave me the opportunity to experiment and develop new illustration styles. By that time, I was already specialized in 3D illustrations, but as I've got a background as a pixel artist for commercial 16-bit games (Commodore Amiga, CD32, MS-DOS, Windows and more), and grew up with 8-bit and 16-bit games, I was searching for a way to combine my pixel love with a 3D illustration style. 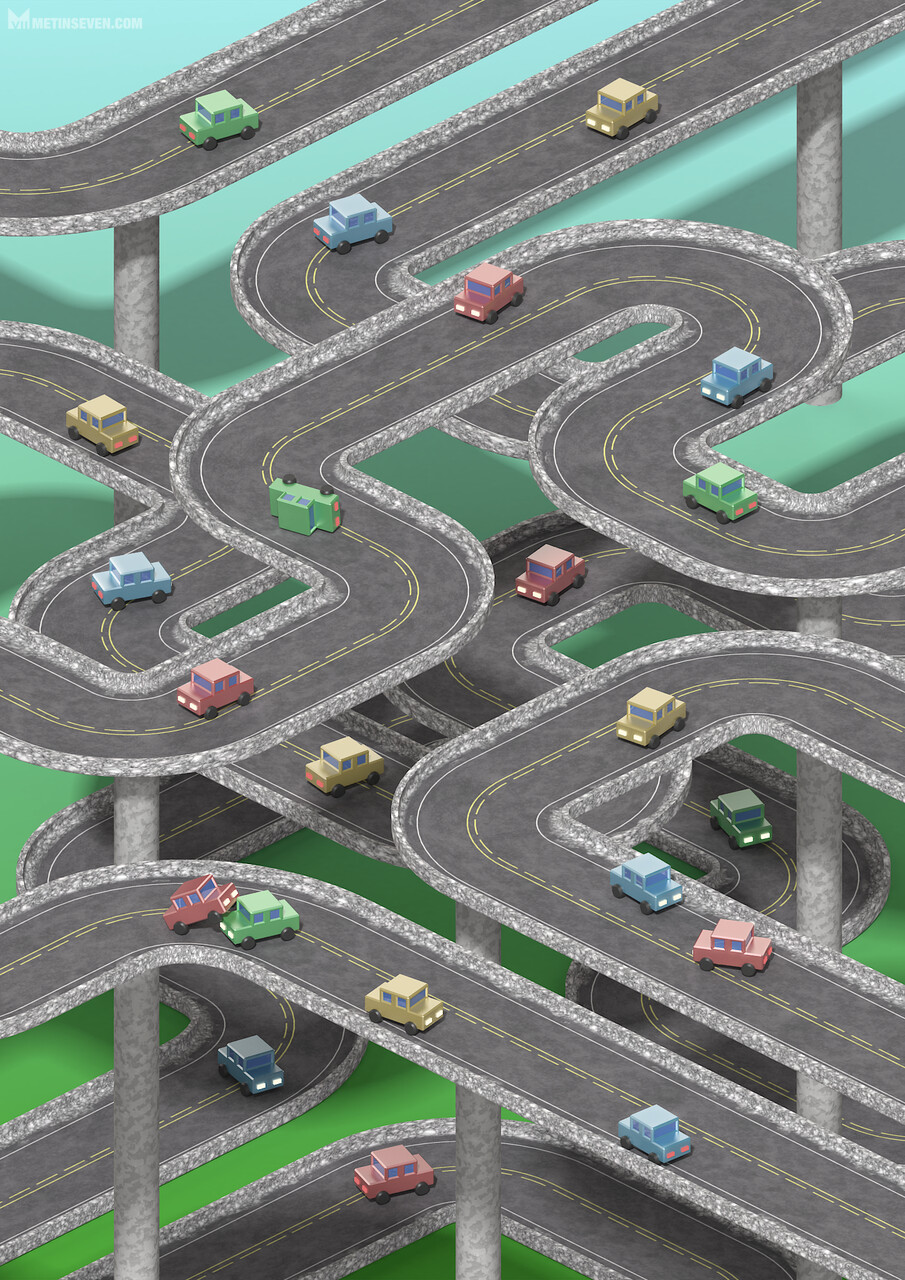 In my spare time as well as in paid illustration jobs, I continued my style experiments, and more and more cubic shapes were incorporated, heading towards a pixel-like 3D style. In those years, there was no dedicated voxel editor yet, and I used polygon extrusion and beveling in 3ds Max to create the scenes. Here are a few creations from the mid-2000s: 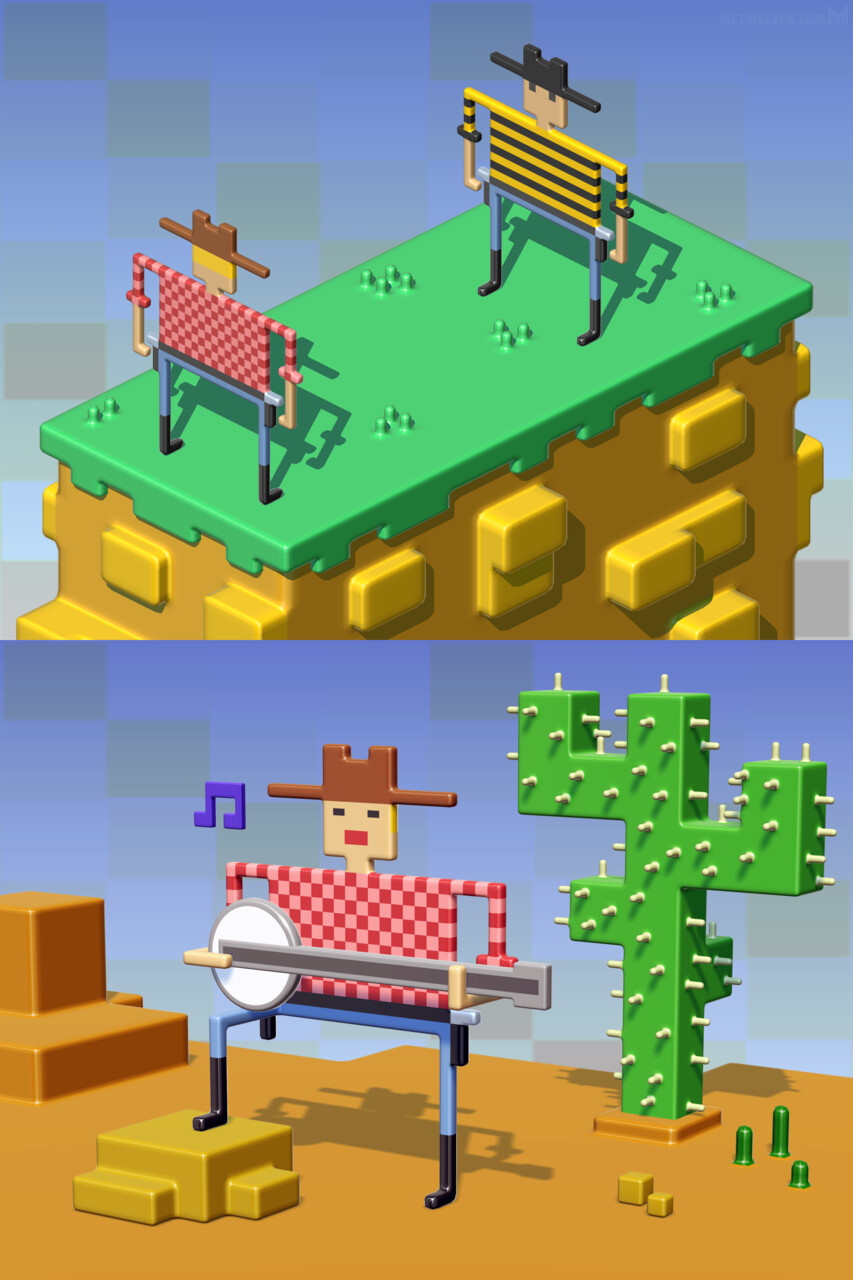 Arriving at a full polygon-based 3D pixel style in the second half of the 2000s, I decided to start paying 3D tributes to classic 8-bit games I grew up with, such as the great early shoot 'em ups: Space Invaders, Galaga, Defender and Vanguard. 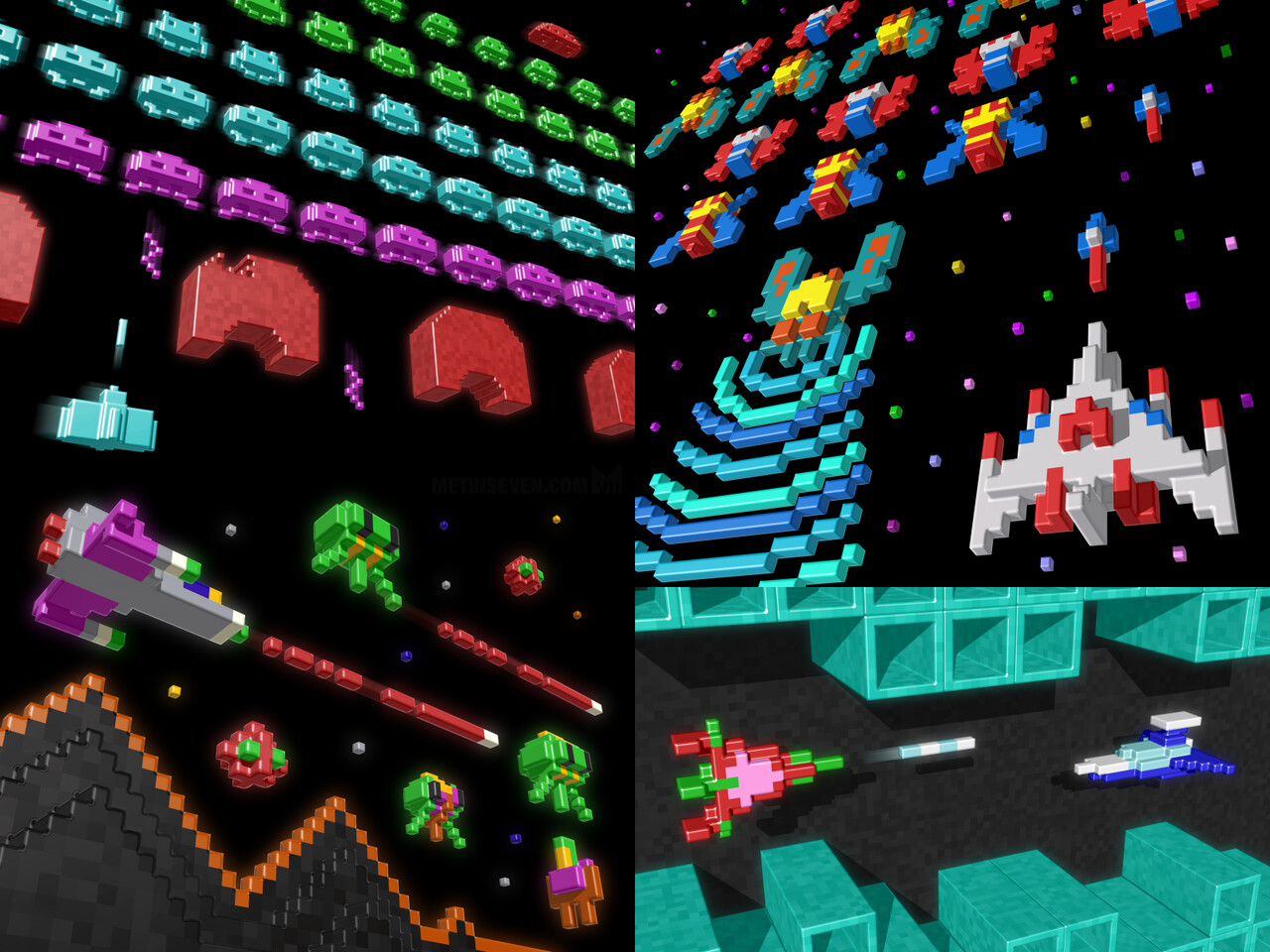 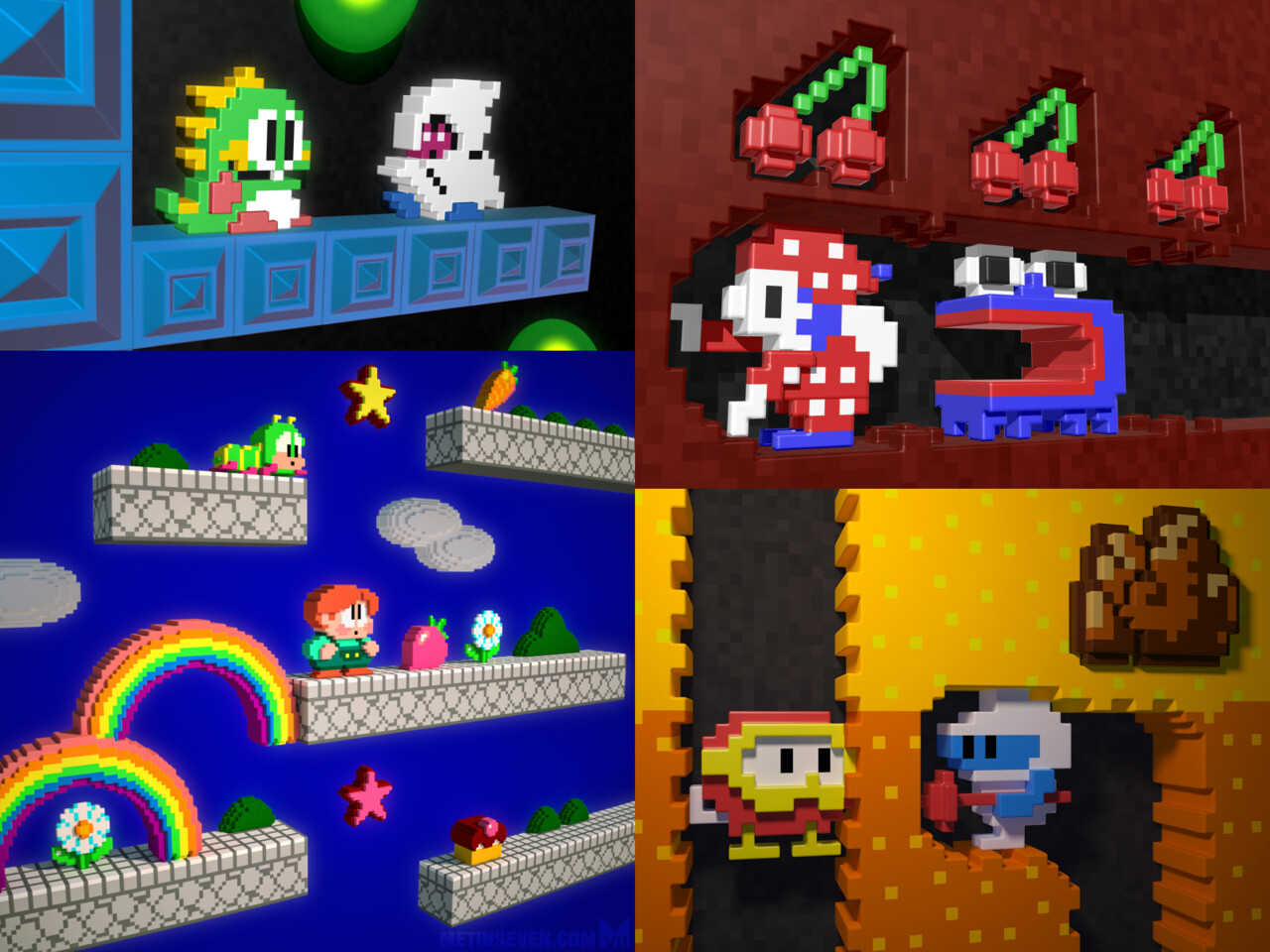 I frequently published my voxel-style artwork on various social media and on my website in those years, sevensheaven.nl, which had a relatively high Google ranking because I created a daily news cartoon for the Dutch news platform NU.nl, resulting in a lot of site visitors. Soon the voxel art was noticed by popular media platforms (at least at the time), including Technabob, One Large Prawn, It 8-bit and Laughing Squid (even another time). 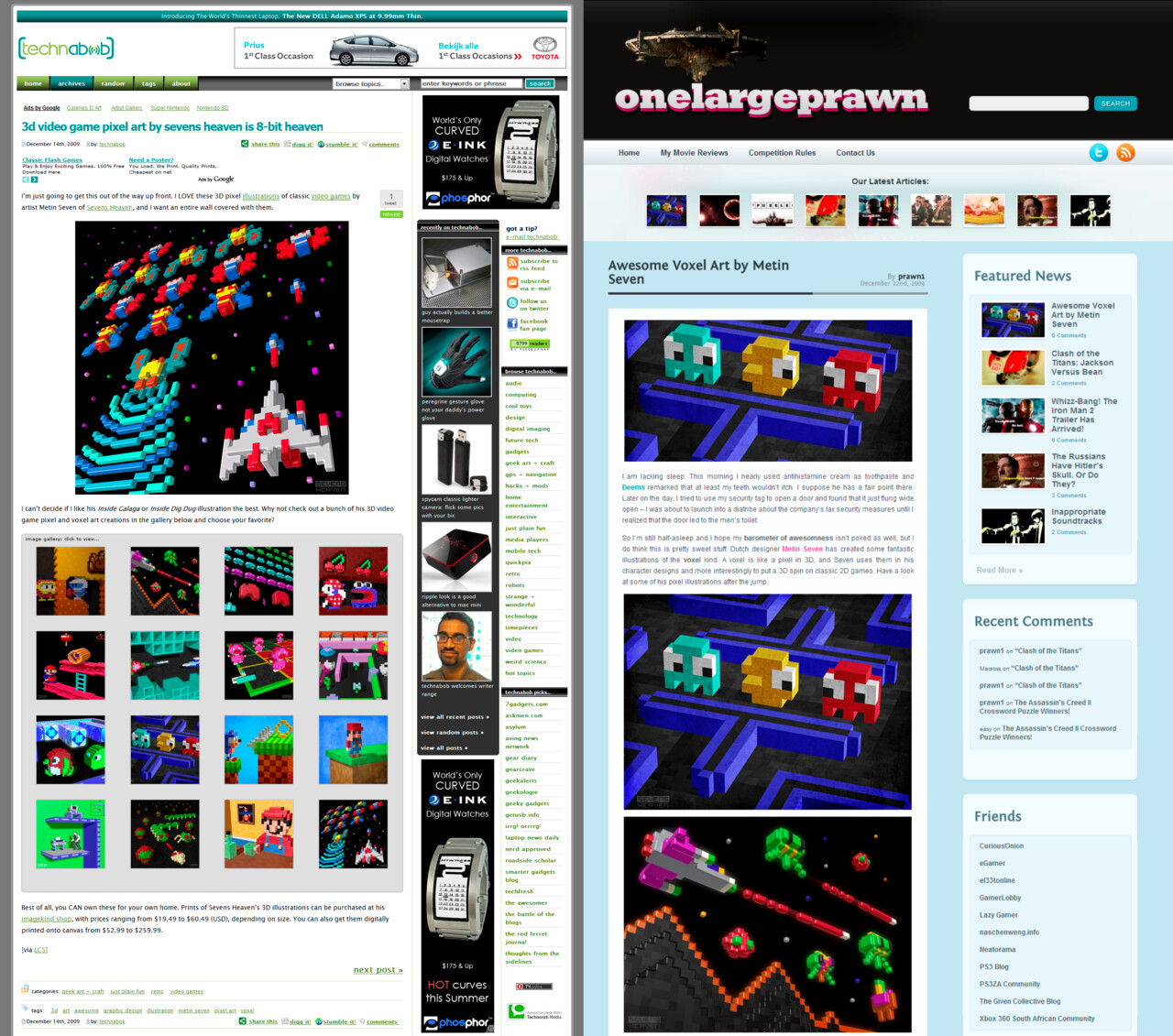 To put it into (preferably isometric) perspective: Minecraft was released on the 18th of November 2011, years after I started creating 3D pixel art.

In the late 2000s and early 2010s I continued refining my voxel style and frequently published the works on various online platforms. In the mean time, a first basic voxel editor was available: the now-discontinued Paint3D for Windows (not to be confused with Microsoft's Paint 3D editor). Voxel scenes were created in Paint3D, then exported to 3ds Max for materials, lighting and rendering. My voxel artwork evolved to a more graphical style, often leaving out the edge bevels, and sometimes adding typography and/or a grungy texture. Some examples from that time: 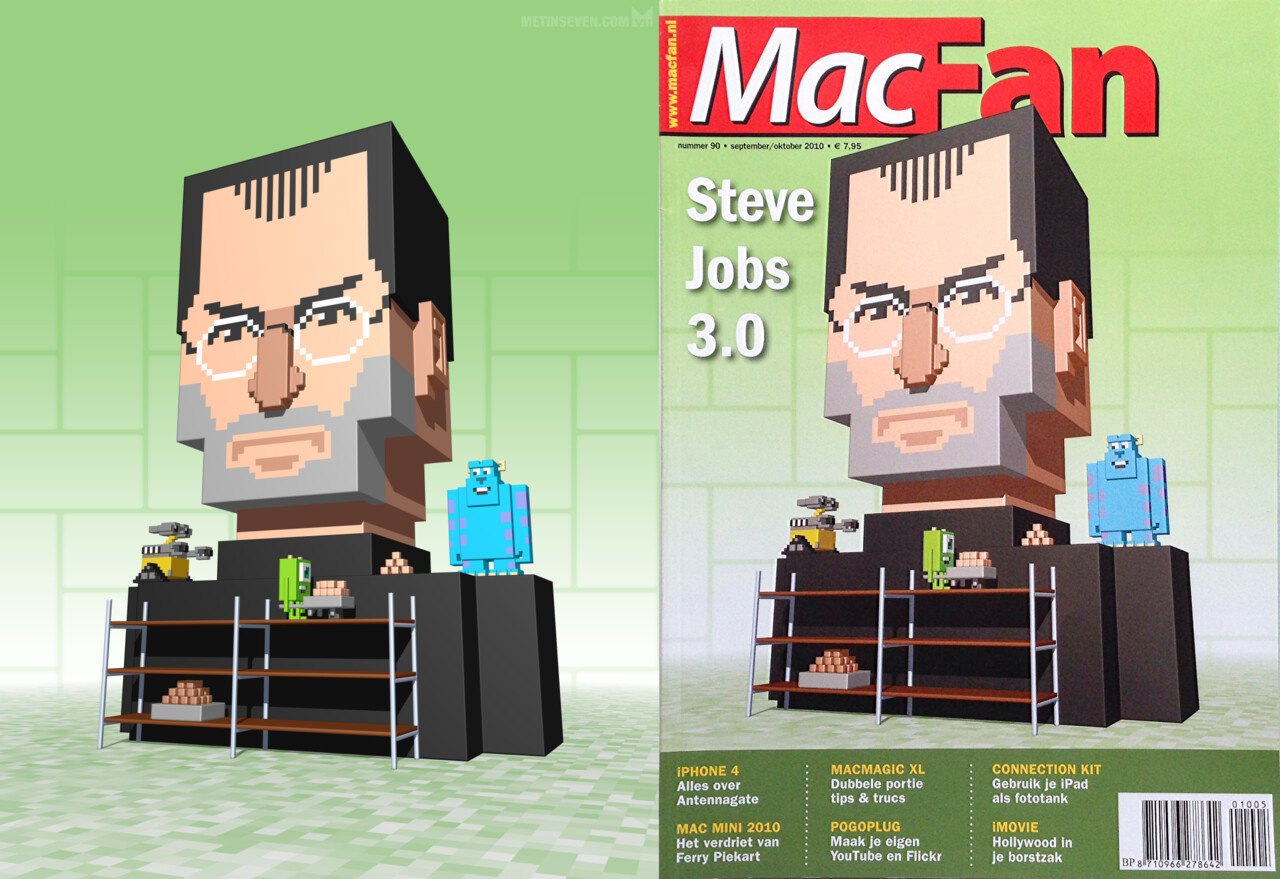 A September 2010 magazine cover illustration featuring a voxel-style Steve Jobs being built by Pixar characters, as Steve's Pixar investment became his biggest success next to Apple. 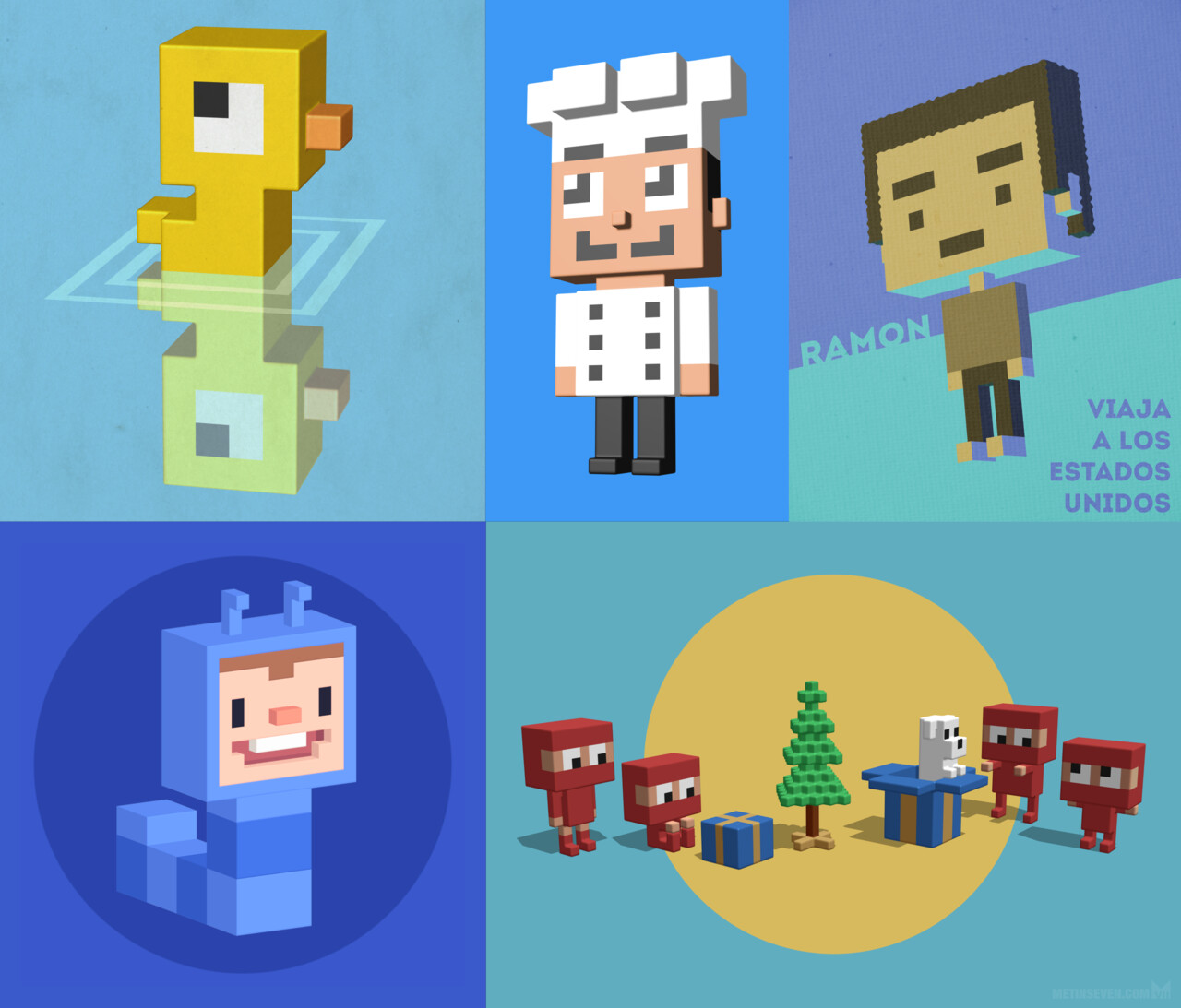 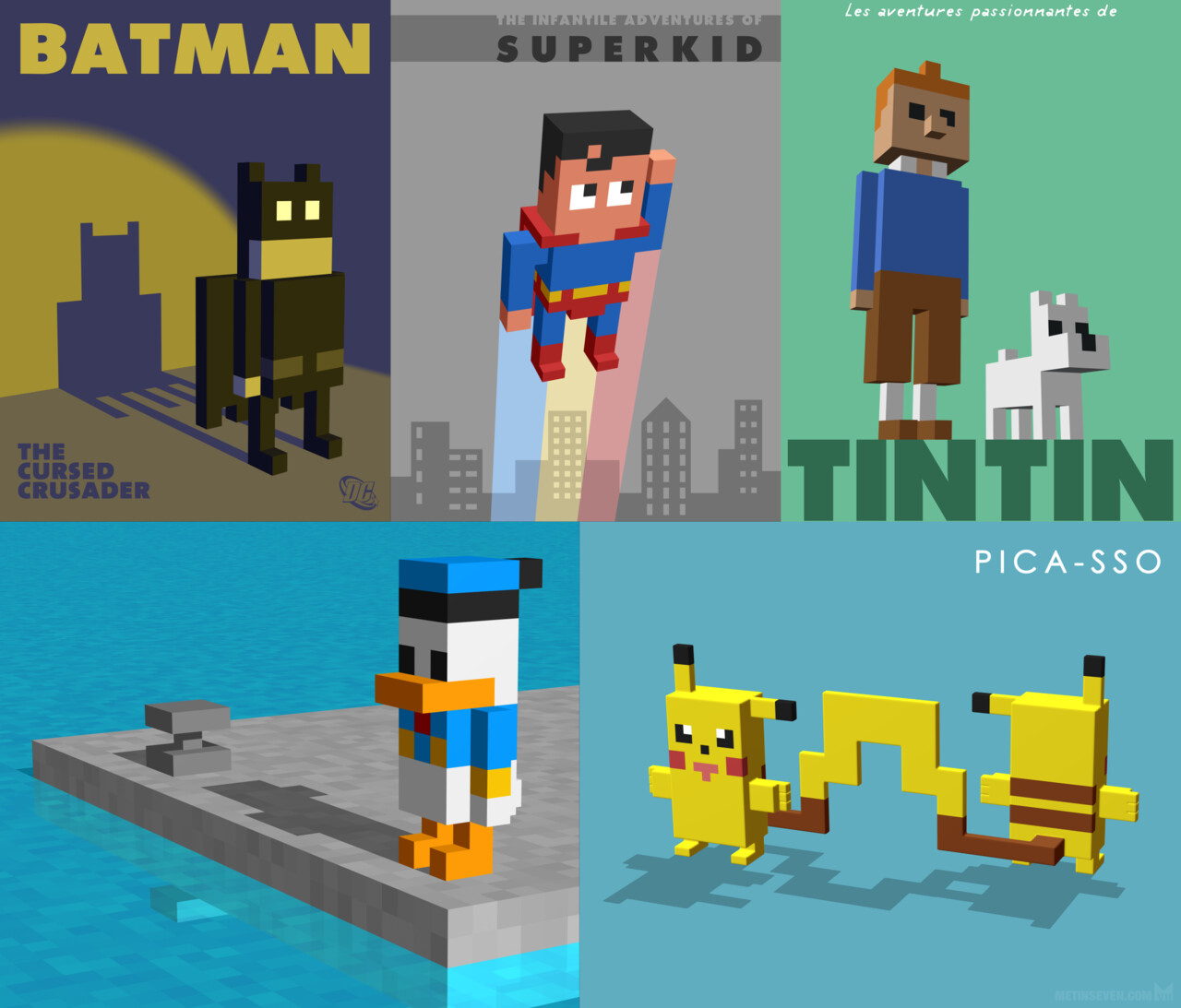 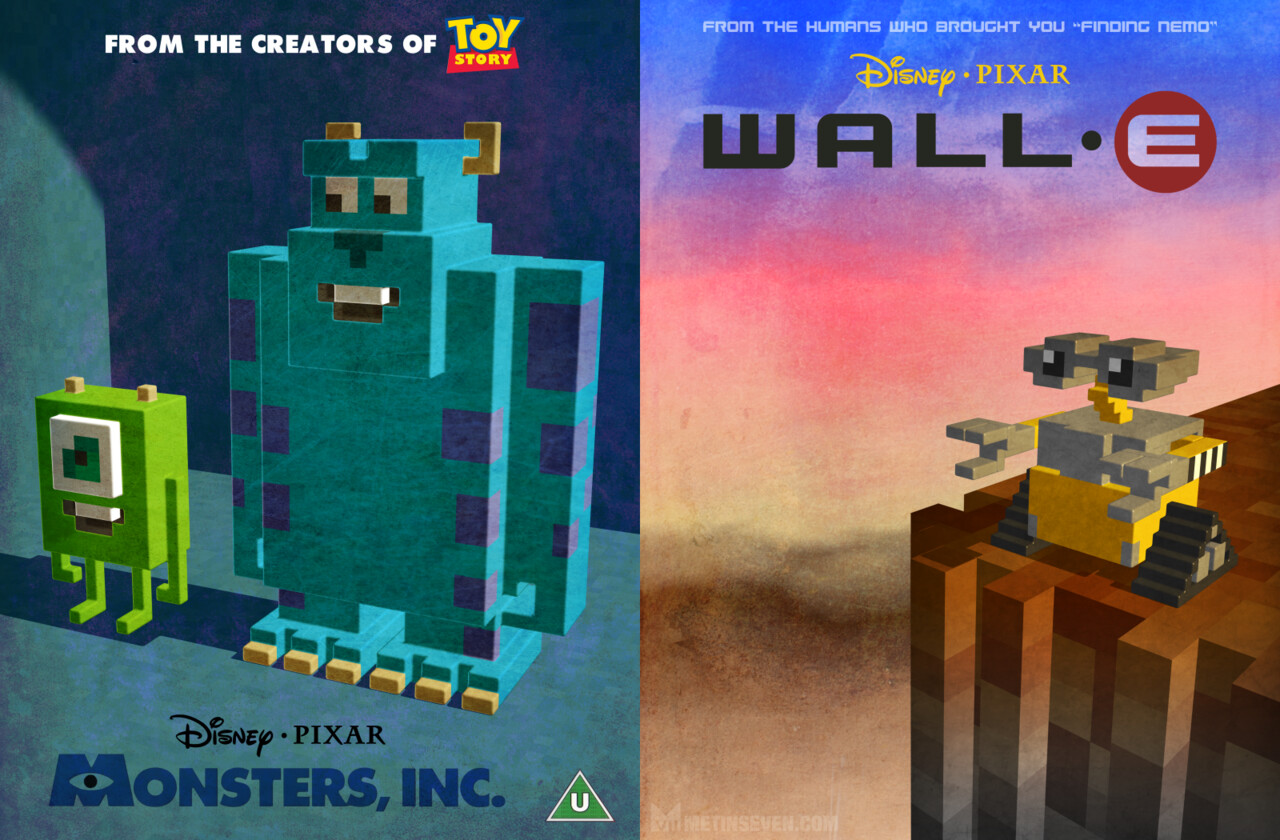 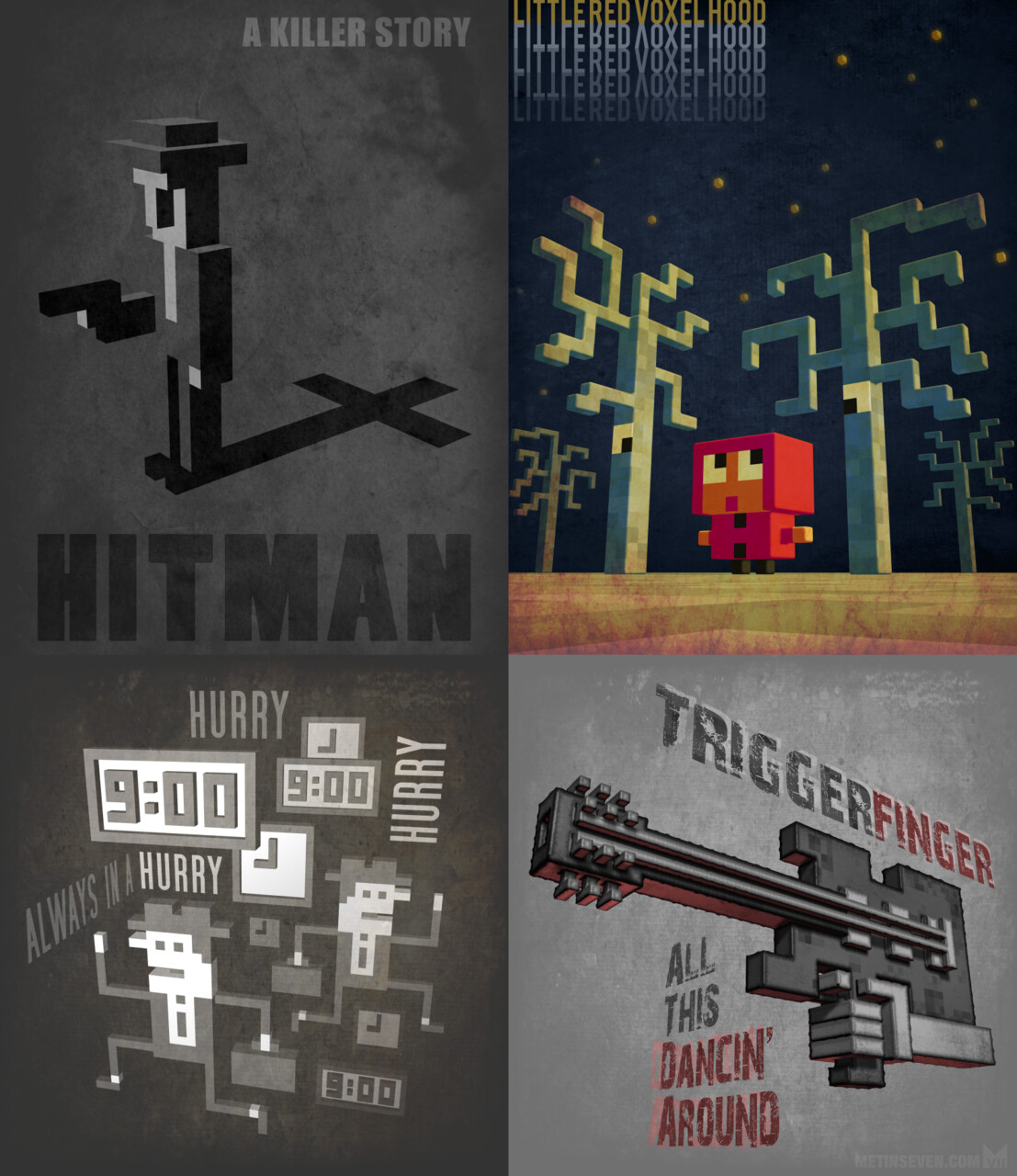 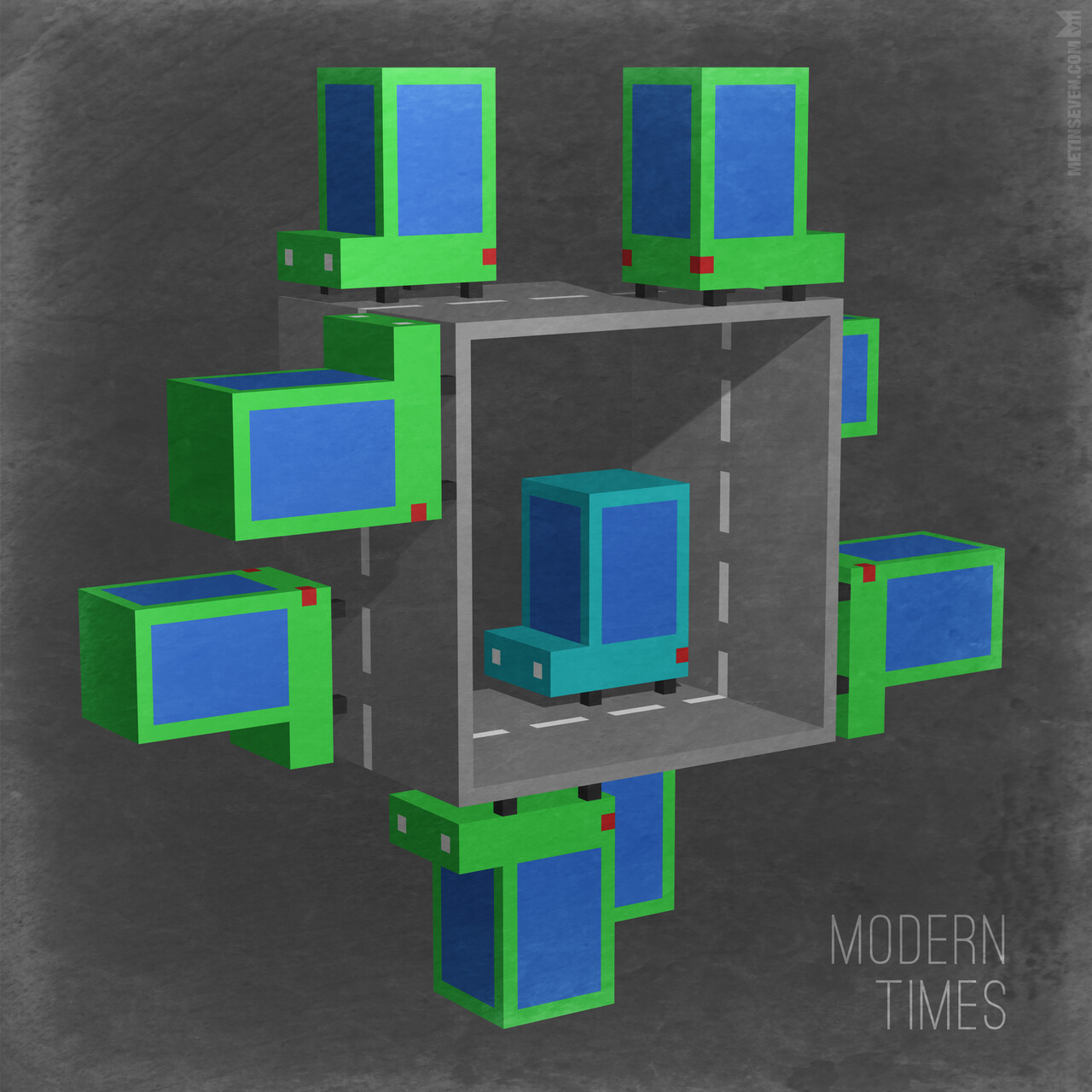 In 2010, a Dutch iOS coder I knew from social media, Paul van Dijk, paid me an introductory visit to discuss a possible cooperation. We decided to create a voxel-style isometric-perspective iOS road game in our spare time, featuring my minimalistic voxel style. Work soon started. I created voxel characters in their own distinctive cars, along with some first scenery props and a complete set of seamlessly looping road tiles. 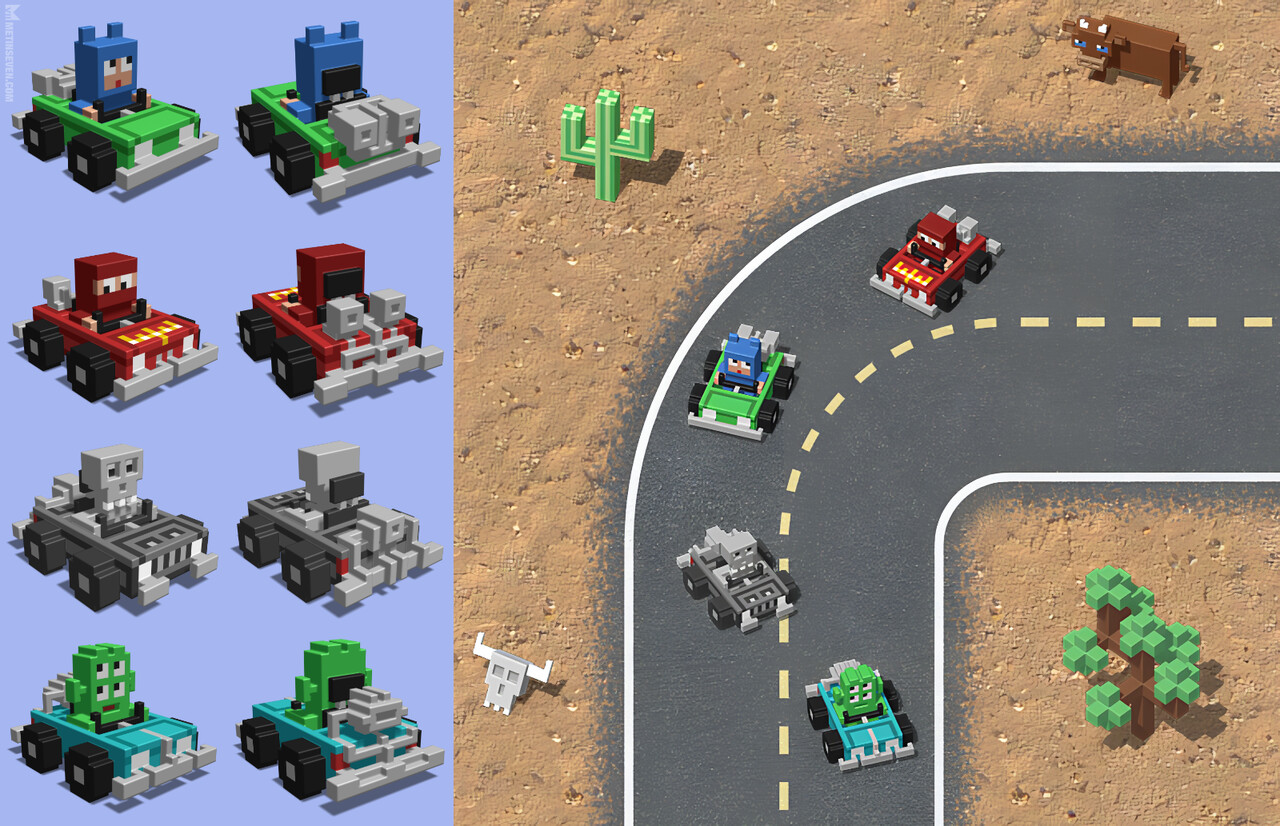 But paid work had to get priority in order to pay the bills, and the project soon stalled. I decided to publish the graphics that had been created, and move on with illustrating. 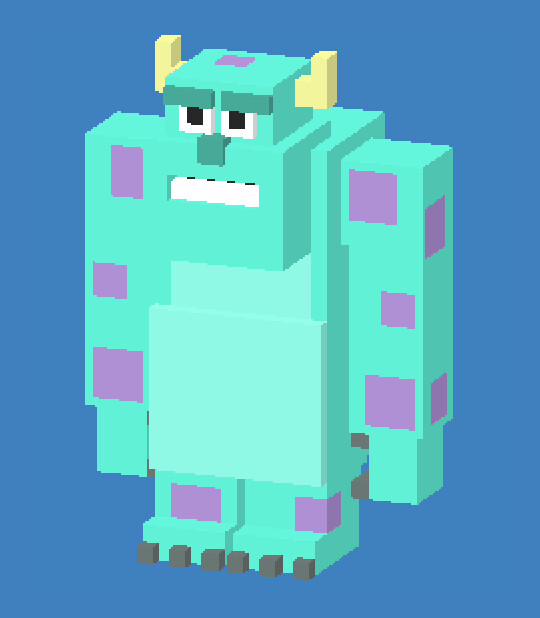 Crossy Road made the minimalistic voxel style known on a massive scale, and sparked some regrets not having finished our game, although you never know when something is going to become a hit.

During the past years, new minimalistic voxel style artists emerged, such as William Santacruz and Mauri Helme. I also still like to create voxel art every once in a while, using the fabulous MagicaVoxel editor, but these days I mainly focus on high-polygon 3D character sculpting. It has the added advantage of not being as imitable as low-resolution voxel art. 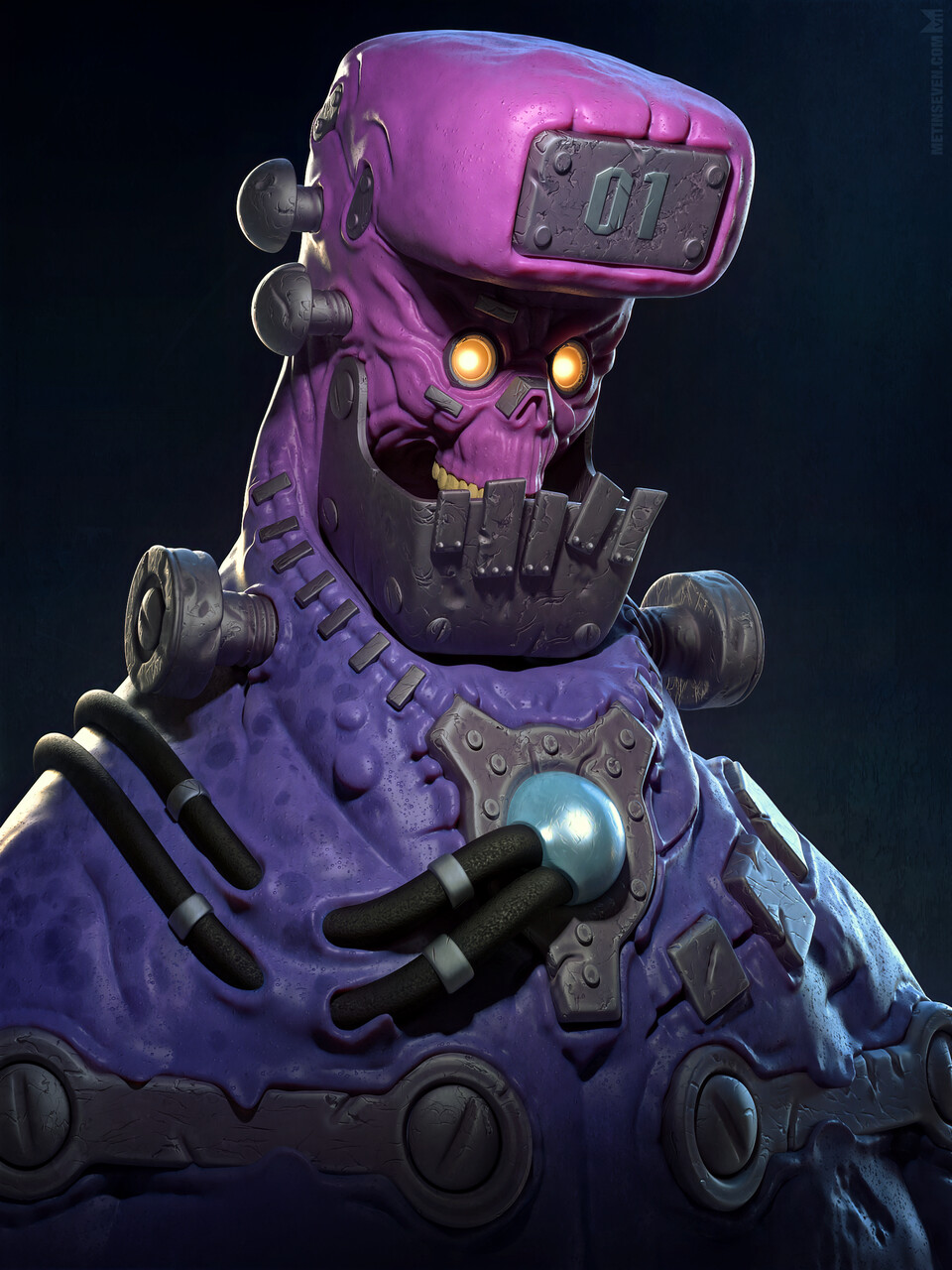 Based on concept artwork by Eric Yan. 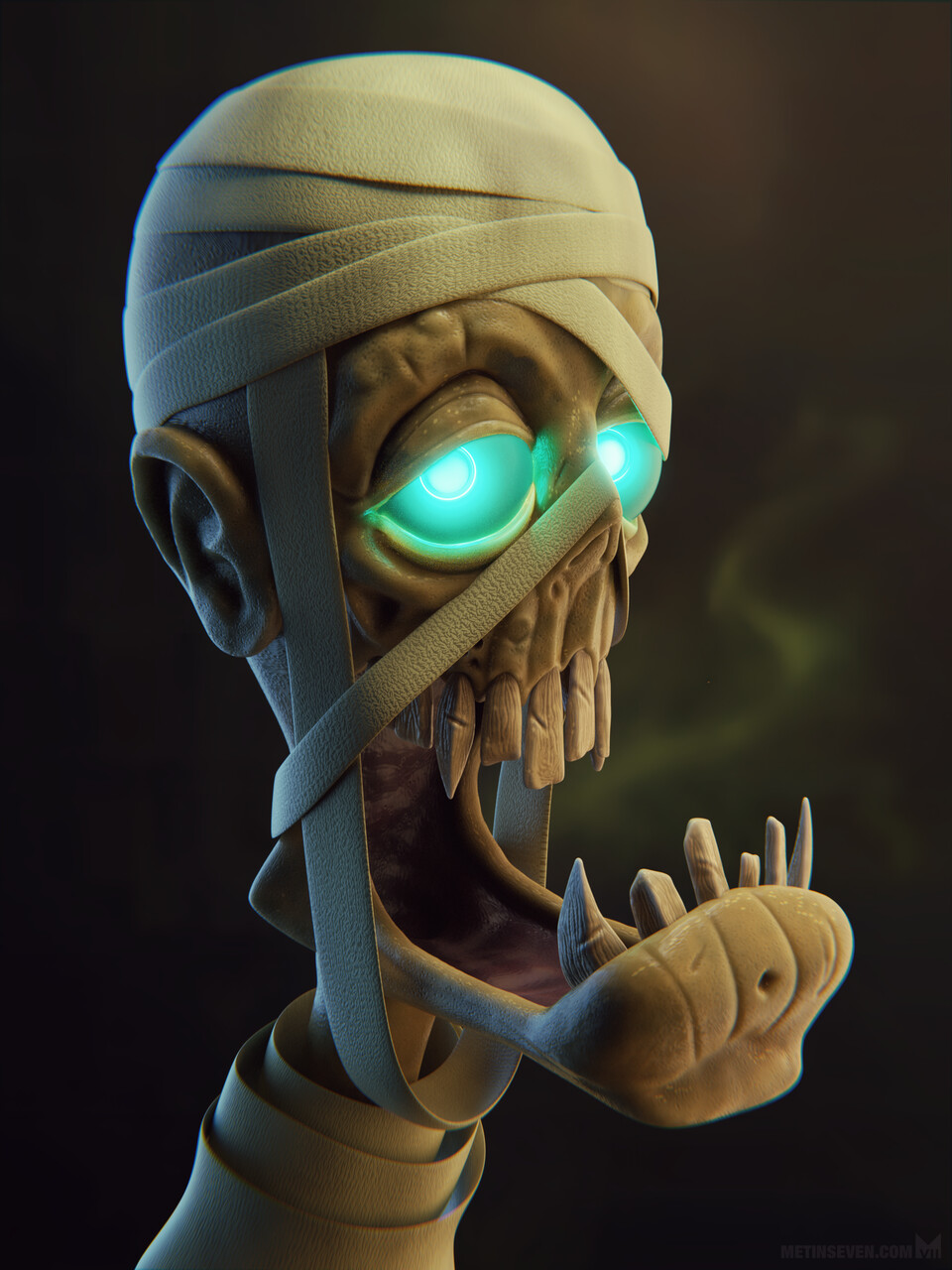 Just in time for Halloween here's an ancient zombie head for your enjoyment. 🧟‍♂️

Based on concept art by Eric Yan.

💾 Tribute to the Commodore Amiga 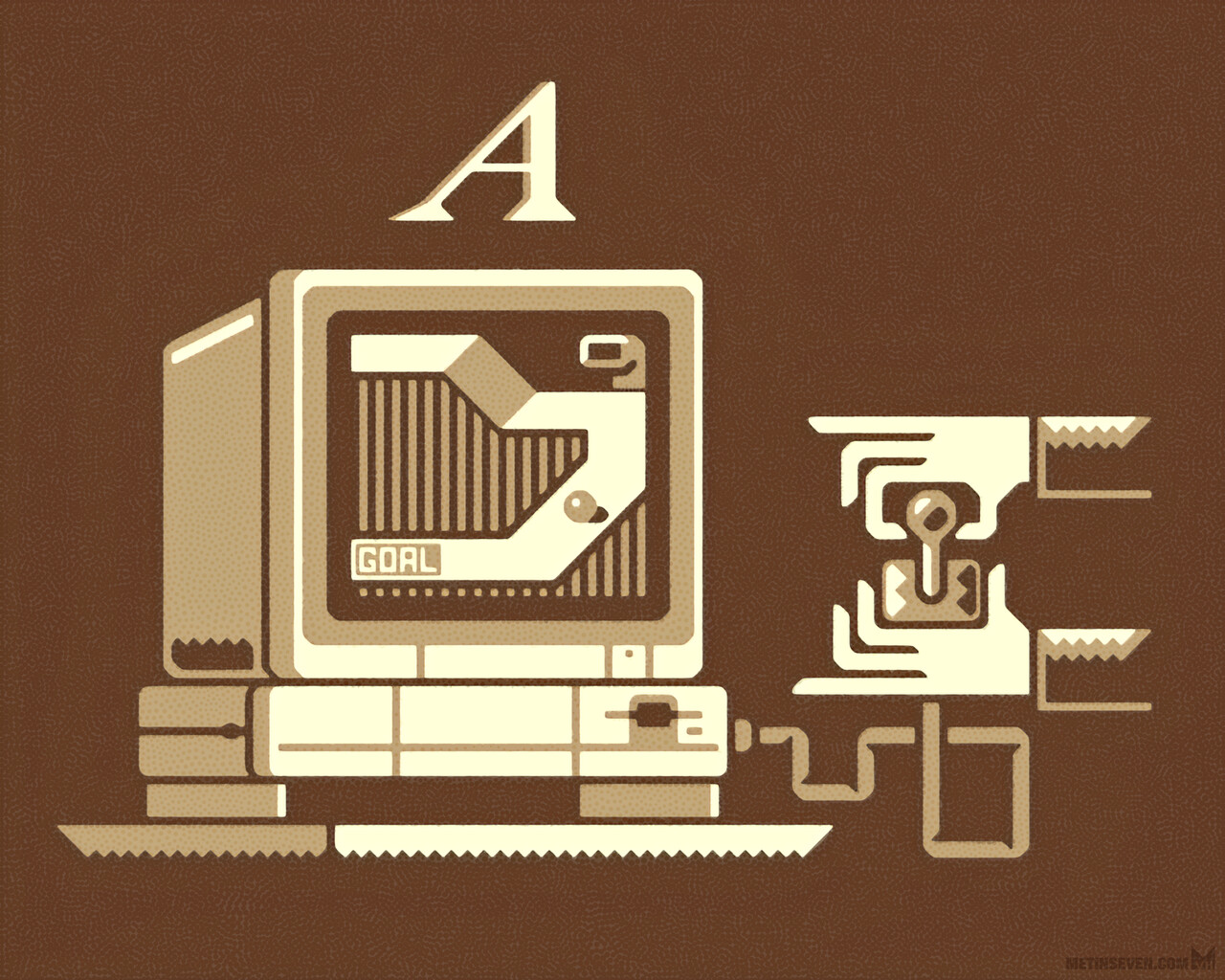 A loving tribute to the once revolutionary Commodore Amiga 1000 computer, released in July 1985.

You can earn a (higher) place in my coolbook if you can guess the game. 😎 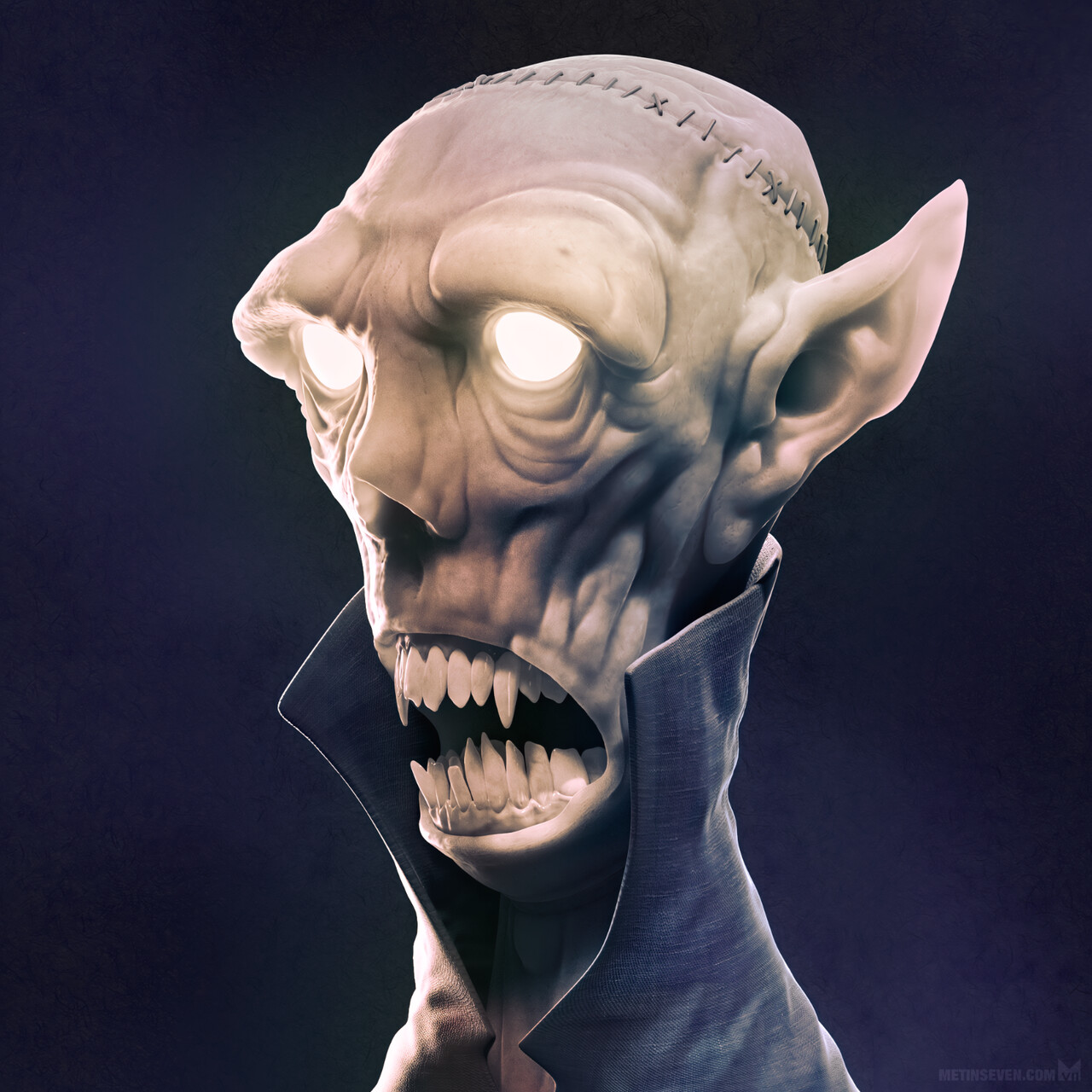 Based on a great drawing by Kevin Keele.

I departed from my usual cartoon-style comfort zone for this 3D sculpture. It was an interesting endeavour. 🙂

Used Blender's new Cycles (X) version for rendering. Love the addition of anisotropy and IOR to the SubSurface Scattering. 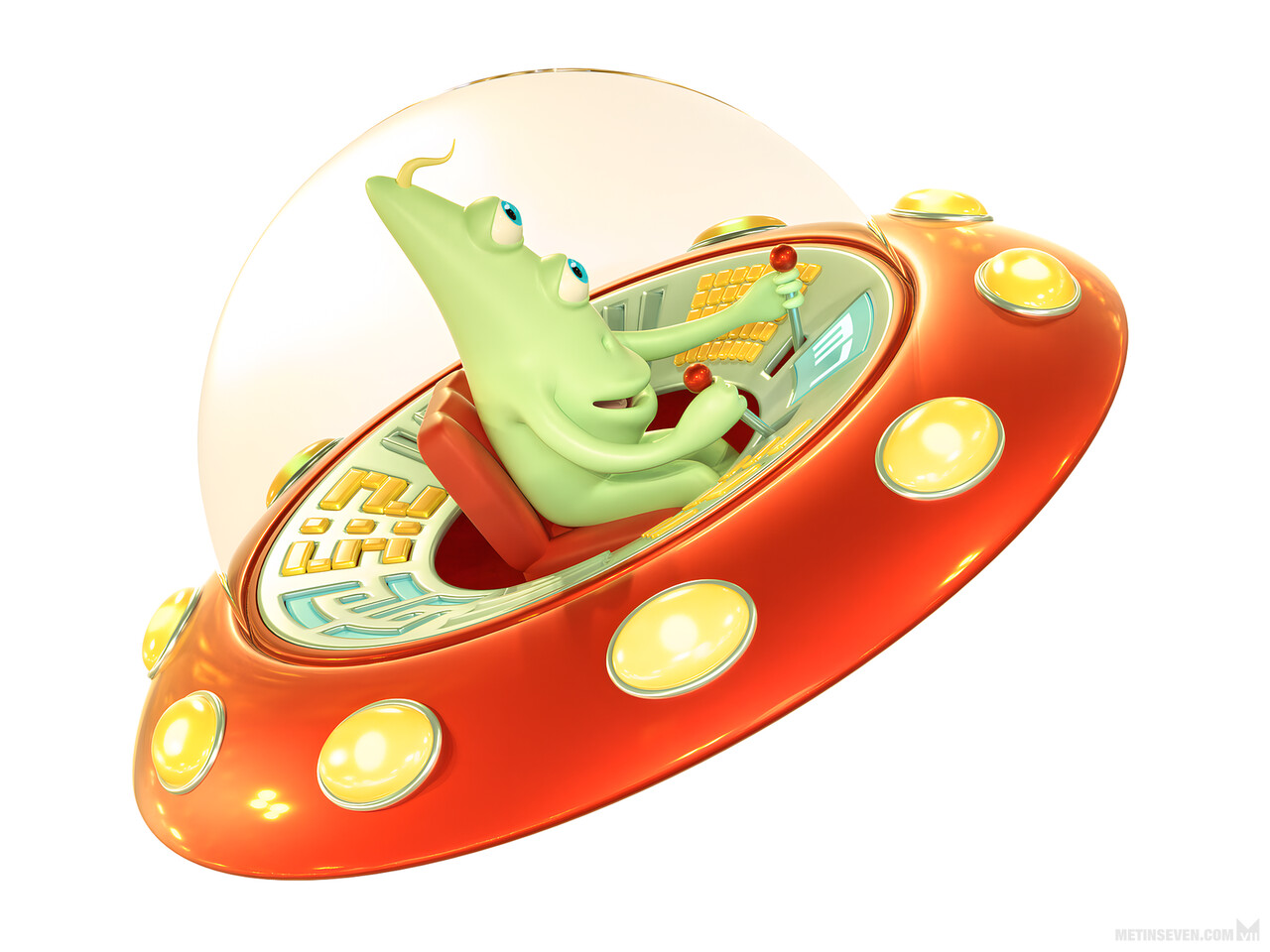